Since 2011 the de los Reyes lab at NC State has been developing and perfecting a pit latrine emptying device called the Excluder, which has won both a RELX Environmental Challenge Award and a USPTO Patents for Humanity Award. One of the biggest challenges in fecal sludge management is developing a mechanized pit emptying technology that can empty trash-filled pits. The attachment head design developed (Excluder) allows the removal of fecal sludge even in the presence of trash in pits. The concept of trash exclusion makes emptying faster and more hygienic than manual methods. A paper outlining its most recent development is now available open source at the most recent issue of Environmental Science: Water Resource & Technology. 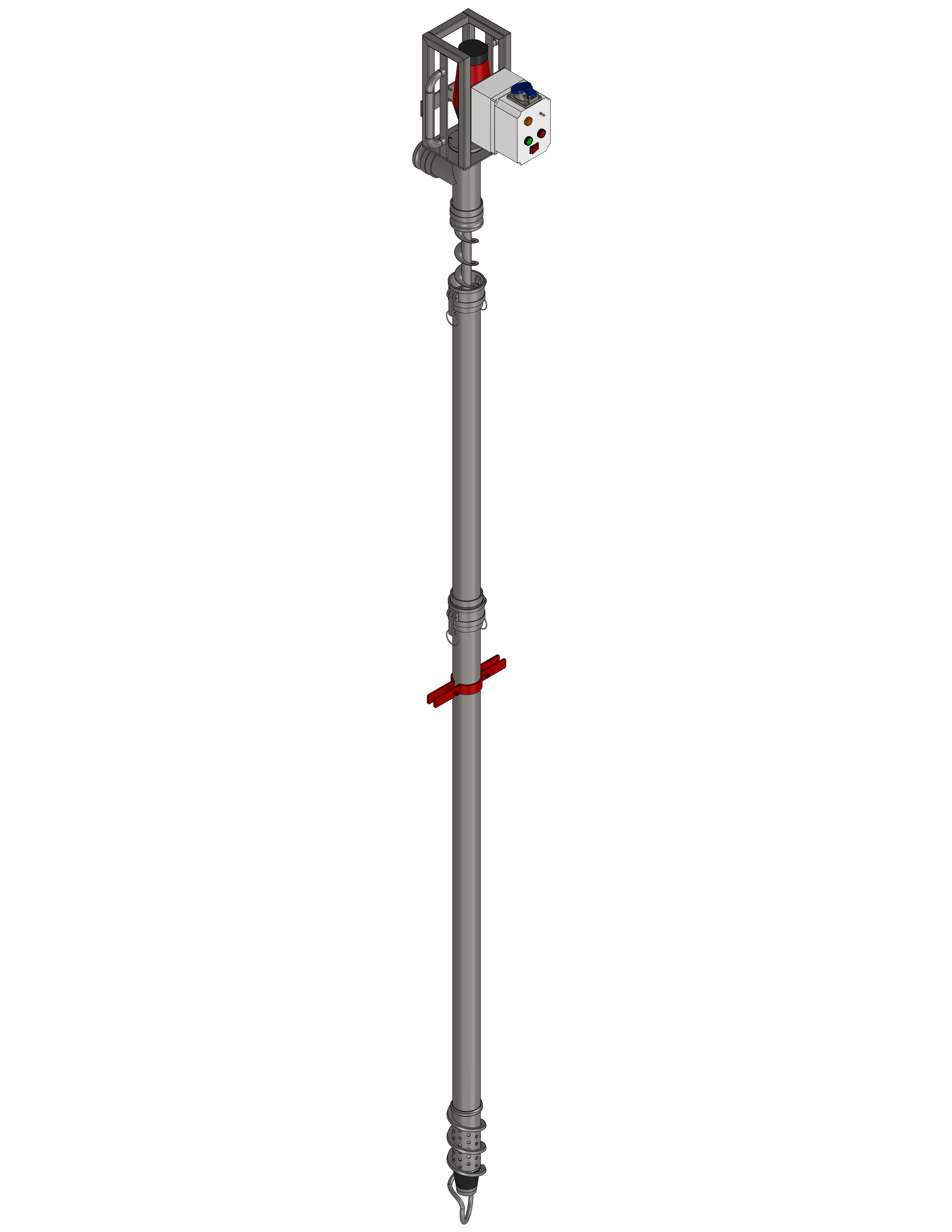 Abstract: Nearly 1.8 billion people use pit latrines for basic sanitation, and approximately 600 million kg of feces and 2.1 billion kg of urine are deposited in pit latrines every day. Due to lack of access to mechanized emptying services, or challenges such as the presence of trash in pits, most latrines are emptied by hand. Alternatively, “fishing” (removal of trash using manual tools) is used prior to mechanical emptying. Both approaches are time consuming and expose workers to pathogens. To develop a safer method of emptying pit latrines, we explored mechanized trash exclusion, allowing the removal of fecal sludge in the presence of trash. Three exclusion mechanisms: screening, deflecting, and clearing, were investigated. The effects of varying design features, such as the diameter of screen holes, length of screen pipe, auger characteristics, level of negative pressure (vacuum setting), and rotational speeds, were evaluated in pits with varying solids concentrations. Continuous prototyping and testing showed that a combination of the screening and clearing mechanisms was most efficient in excluding trash in wet pits (less than 12% solids) and allowed a maximum flow rate of between 3 to 4.5 L s−1. While there are remaining challenges for the current design such as pumping thick fecal sludge and dealing with fibrous material encountered in the field, trash exclusion can provide an efficient and safe emptying solution for a wide range of pit latrines.

Details on the Excluder can be found on the project’s new website.